Gems Healing and Crystals Therapy possess an inexhaustible treasure of healing and empowerment for human beings. If one knows how to program them, then they can be more productive and result-oriented. Programming a crystal is a conscious practice that requires proper knowledge and the technique. Crystals are capable of storing, reflecting, and channelizing pure light and color in various methods of healing. They can be charged, activated, and programmed as per requirement. Gems and crystals prove to be one of the best healing tools available for humans. Gems and Crystals act like catalysts in conducting energy. They have an affinity to the human spirit by creating spiritual links when they are worn or hold.

Gem therapy is an alternative form of healing. Practitioners of this therapy believe that gemstones carry certain vibrations which when placed within a person’s aura  has the effect of changing it.

Gem therapy is an alternative form of healing. Practitioners of this therapy believe that gemstones carry certain vibrations which when placed within a person’s aura, has the effect of changing it. It is believed that the human aura consists of nine colours, namely: violet, indigo, blue, green, yellow, orange, re, infra red and ultra violet. Any deficiency or excess of these colours upsets the body’s energy balance leading to illness. Gemstones heal by restoring the balance to the original composition of the nine colours.

Gemstones transmit a specific wavelength to the body, which converts these rays into a chemical form that the body can utilize to improve its functioning both on a physical and an emotional level.
The History

Gem therapy is not a new-fangled notion. There is evidence to show that the healing properties of gemstones were recognized as far back as the Greek and Egyptian civilizations and in the Vedic period in India. Archaeologists have found evidence of systematic mining for gemstones in Egypt over 7000 years ago as well as in the Oxus Valley in Afghanistan.

The Vedas are acknowledged as the authority on gems, their description, potencies and prescription for effective use. According to the Vedas, imbalances could be set right either by wearing gems against one’s skin or using them as an ingredient to make medicines and potions to be taken internally.

Even the gems worn by the kings and queens were not purely for decoration. They adorned the crowns of royalty primarily for their occult powers. They were thought to be capable of influencing the powers of nature and of increasing the wealth, power and popularity of the wearer.  According to the sages in ancient times, gemstones also had the ability to divert negative planetary influences.

It is believed that gemstones react differently with different people. Hence, it is important to go to a qualified vedic astrologer or ayurvedic practitioner before trying to practice this therapy yourself. If gemstones are incorrectly used, there is a danger that they might have a detrimental effect.

The simplest way to practice gem therapy is to wear high quality round beads around the neck. Some practitiones make a solution using gemstones and alcohol. A high quality gemstone is placed in a solution of diluted alcohol and stored in the dark for about a week. As a result, the vibratory force of the gem permeates the alcohol, which can be used as a medicine. Another process involves placing the gemstone in a glass jar filled with water in the sunlight. The rays of the sun help the water to acquire the vibratory force of the gemstone and thus the water has medicinal value.

It is imperative that the gems used in therapy be of natural origin. Synthetic gems or natural gems that have been heated or irradiated in a laboratory to improve the colour or the clarity of the stone lose their inherent energies and are useless from a therapeutic point of view. Hence, when looking for a gemstone for therapeutic purposes, one needs to approach a qualified gemologist. 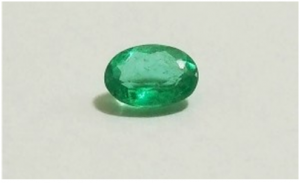 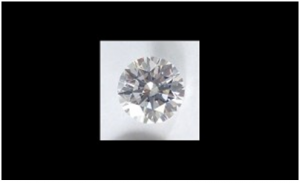 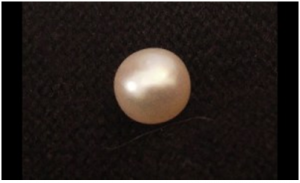 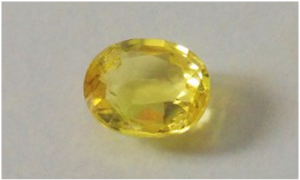 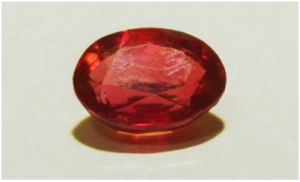 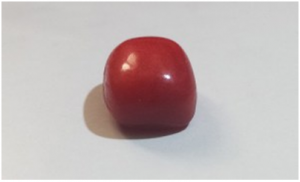 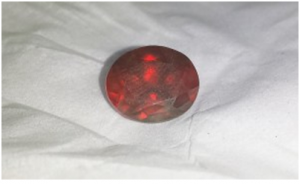 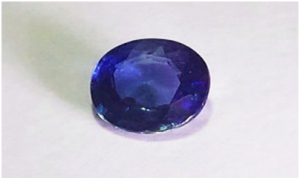 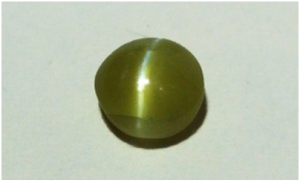 Some gemstones and their healing properties

Order Online at OUR SHOP